God damn it. I was hoping to see Isamu turn up with a goatee and a tendency for violence (ok, more violence).

I too would watch the shit out of a Mirror Universe Macross show.
Top

Wow... that is insidious. 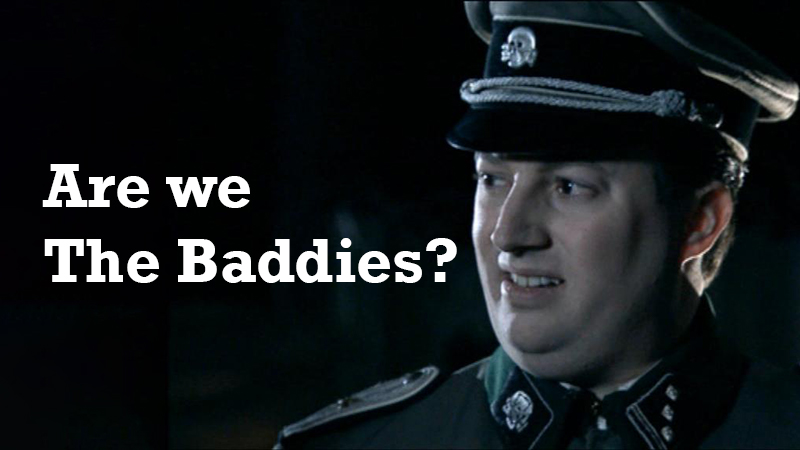 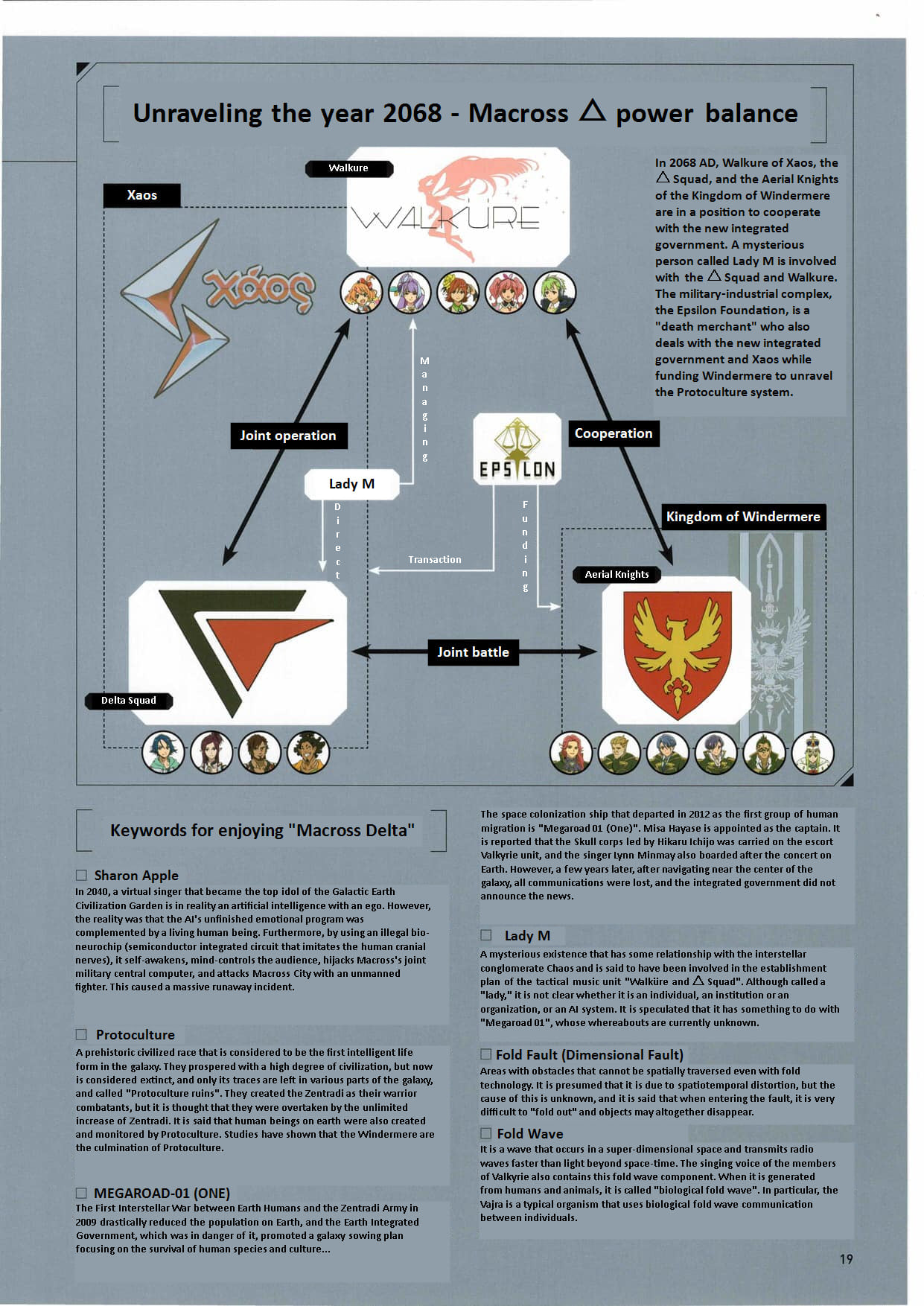 Several new items here, and introduces Epsilon for the first time I believe. I'm most interested in the fact that they call out Sharon Apple AND Megaroad-01 with more details then we previously had. 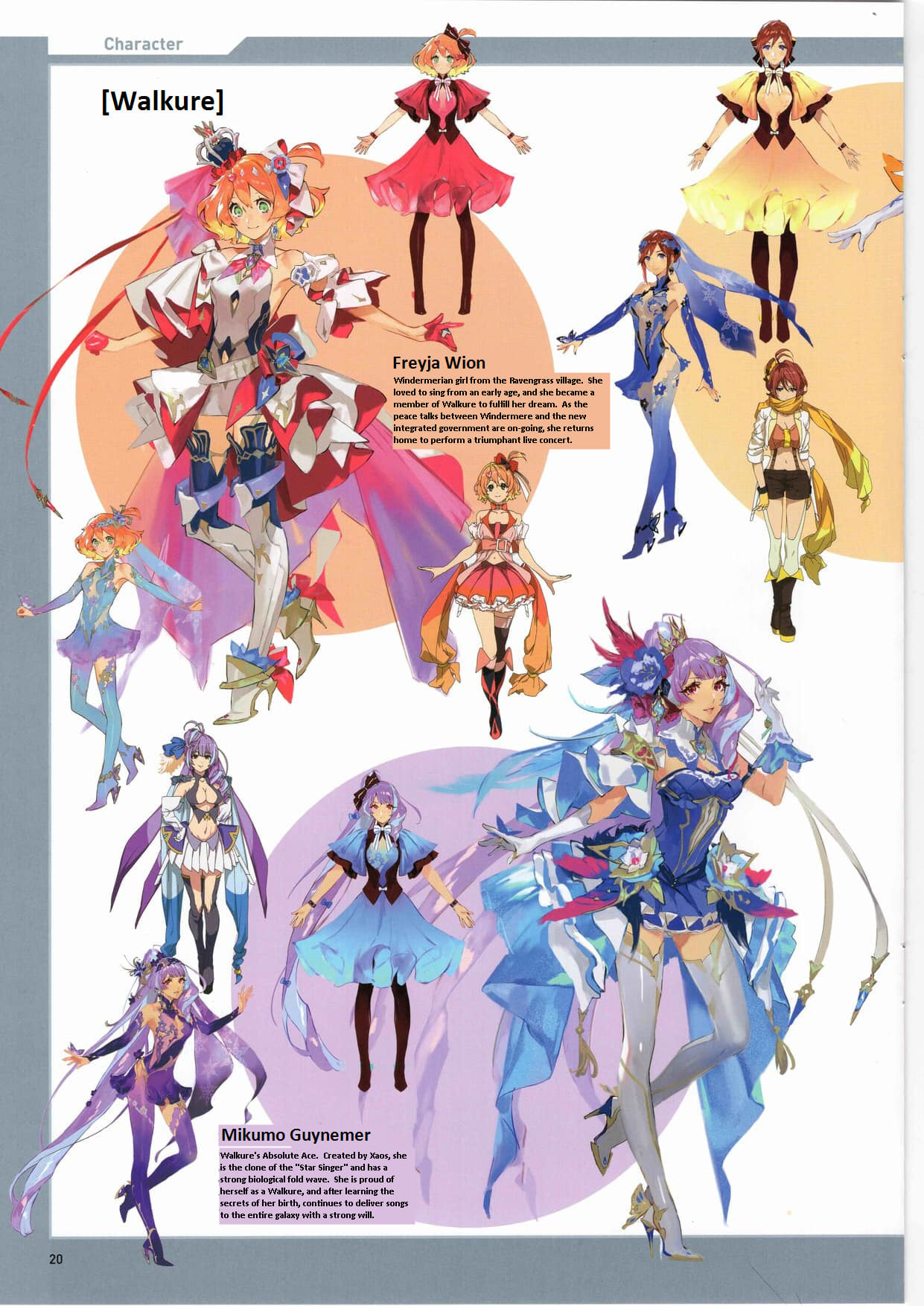 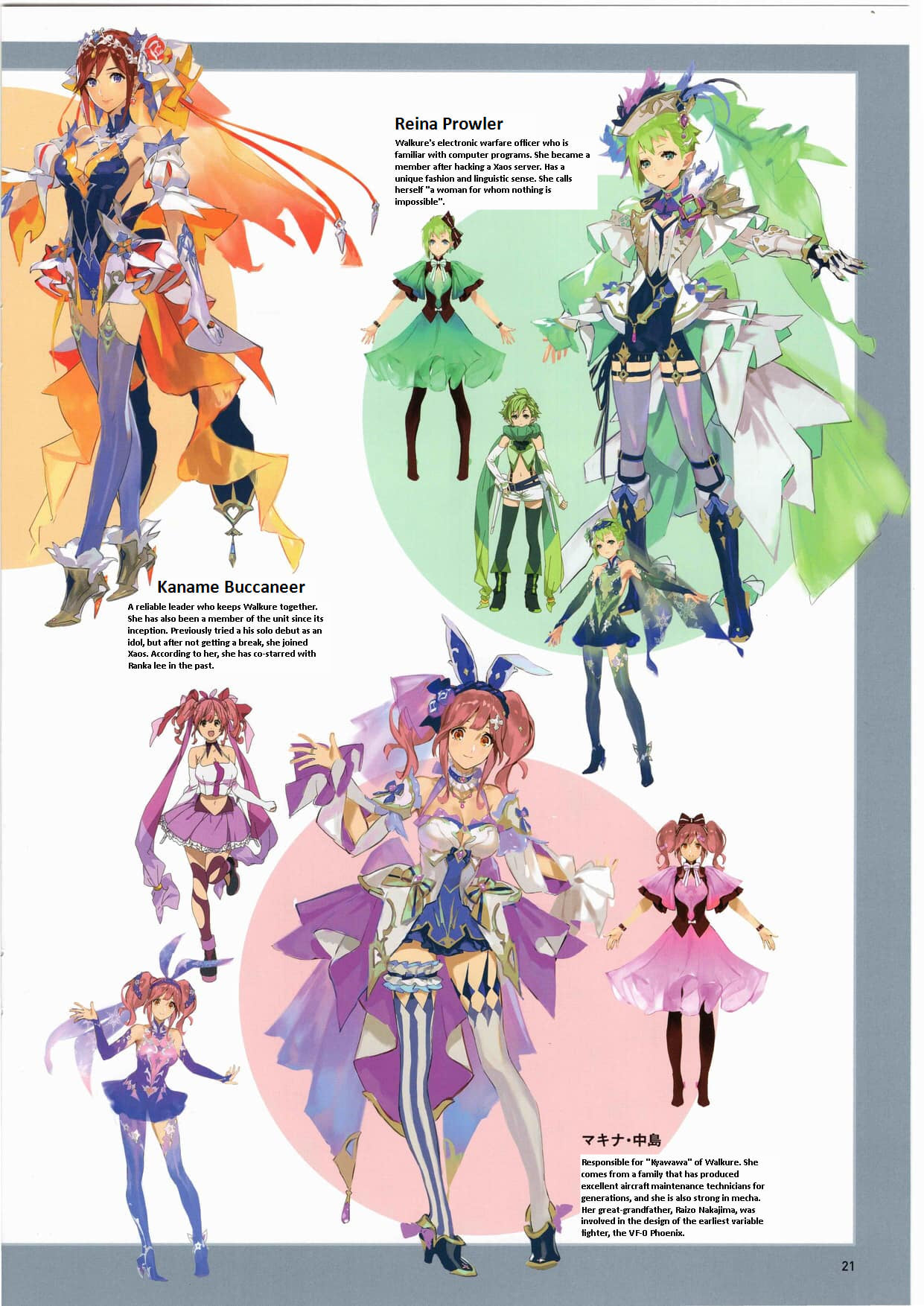 Delta Squad, Xaos and the Kingdom of Windermere and Aerial Knights 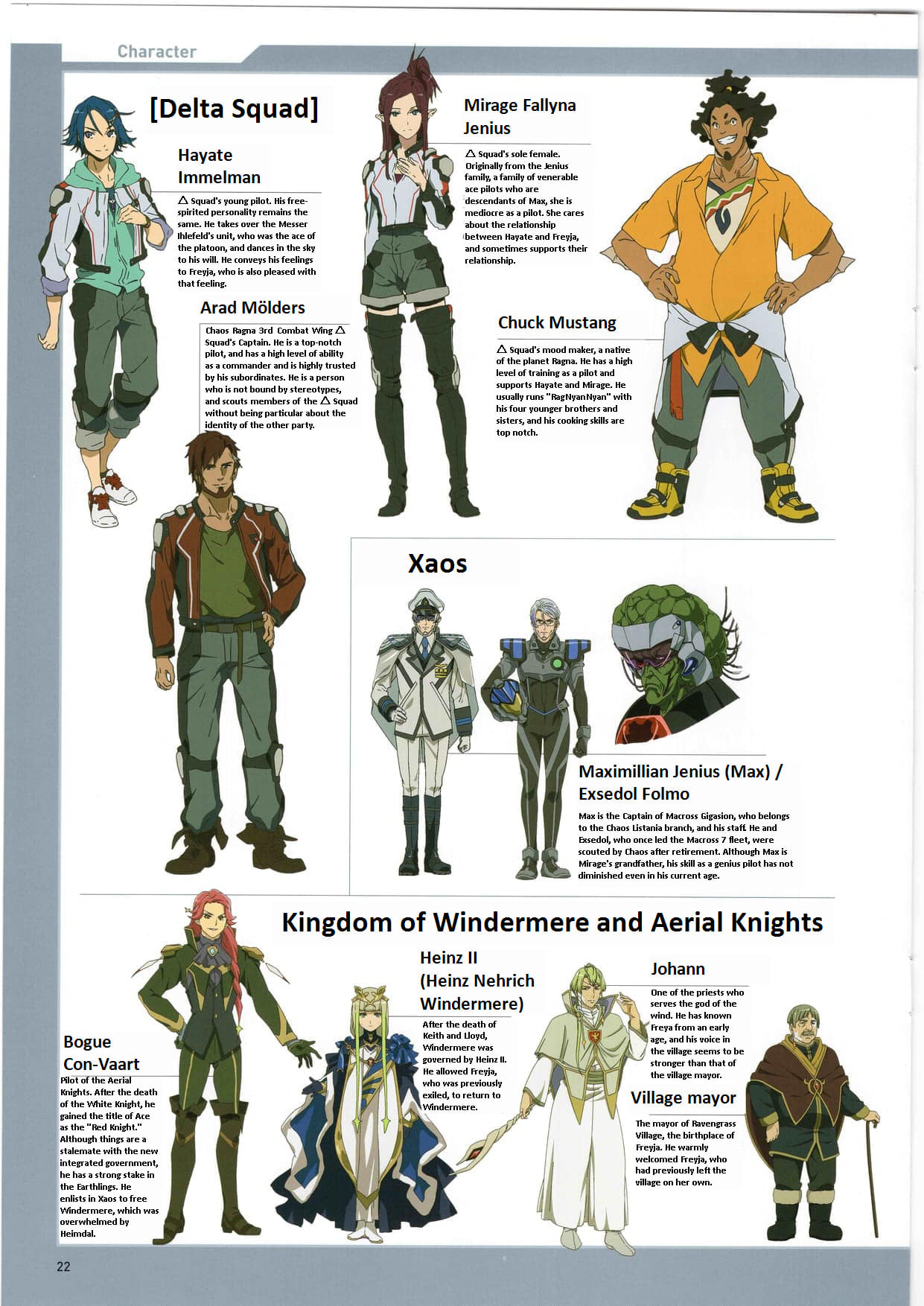 ALL of the fun details and what little information we can gather about Max and Exsedol Folmo! Turns out after retiring from Macross 7, Max and Exsedol where recruited by Chaos and now Max is Captain of the Macross Gigasion, part of the Chaos Listania branch. I'm beginning to thing the Chaos organization is a bit bigger then I thought originally. 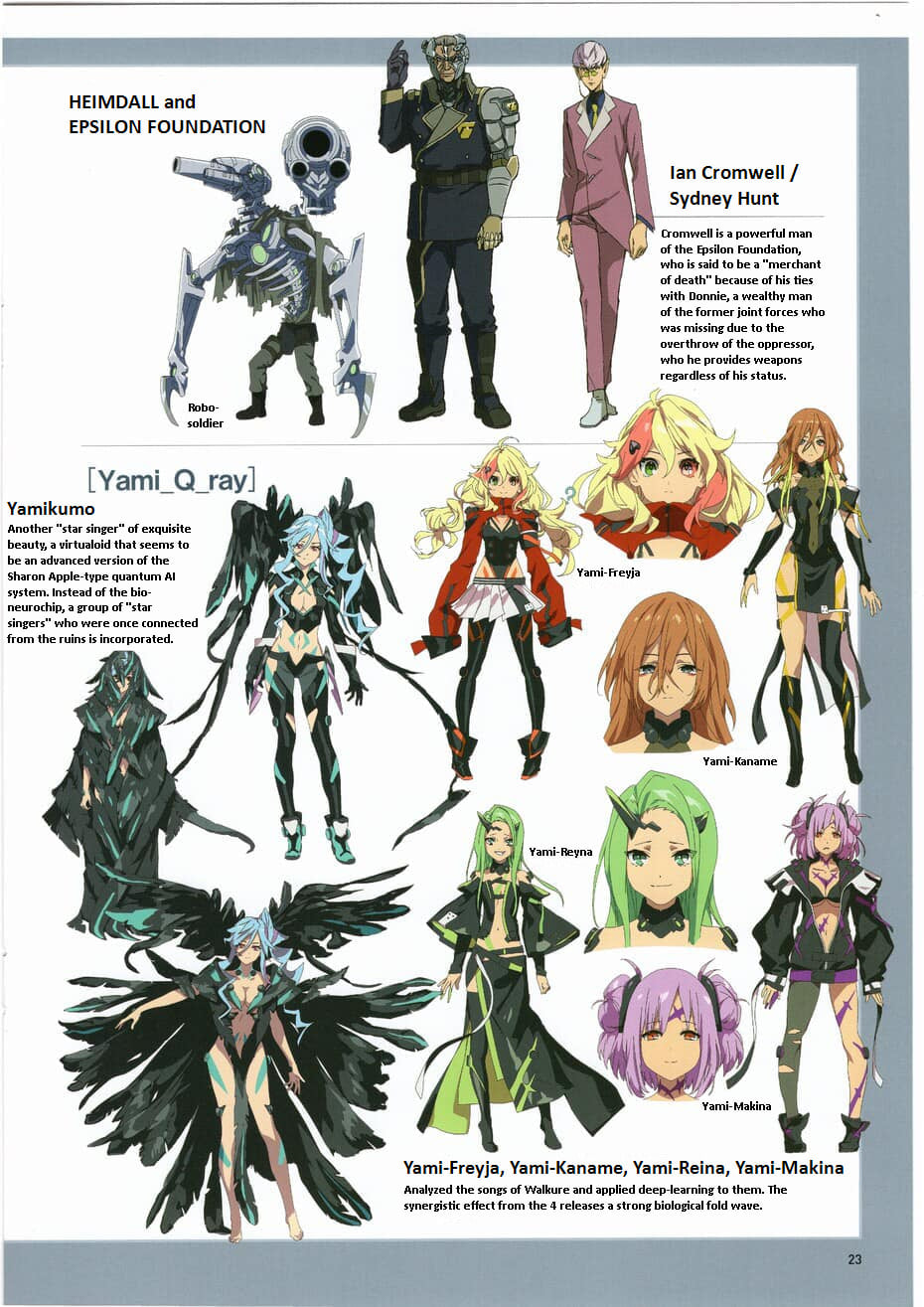 Details about the main baddies in the Delta Movie. Some interesting back story in my opinion. 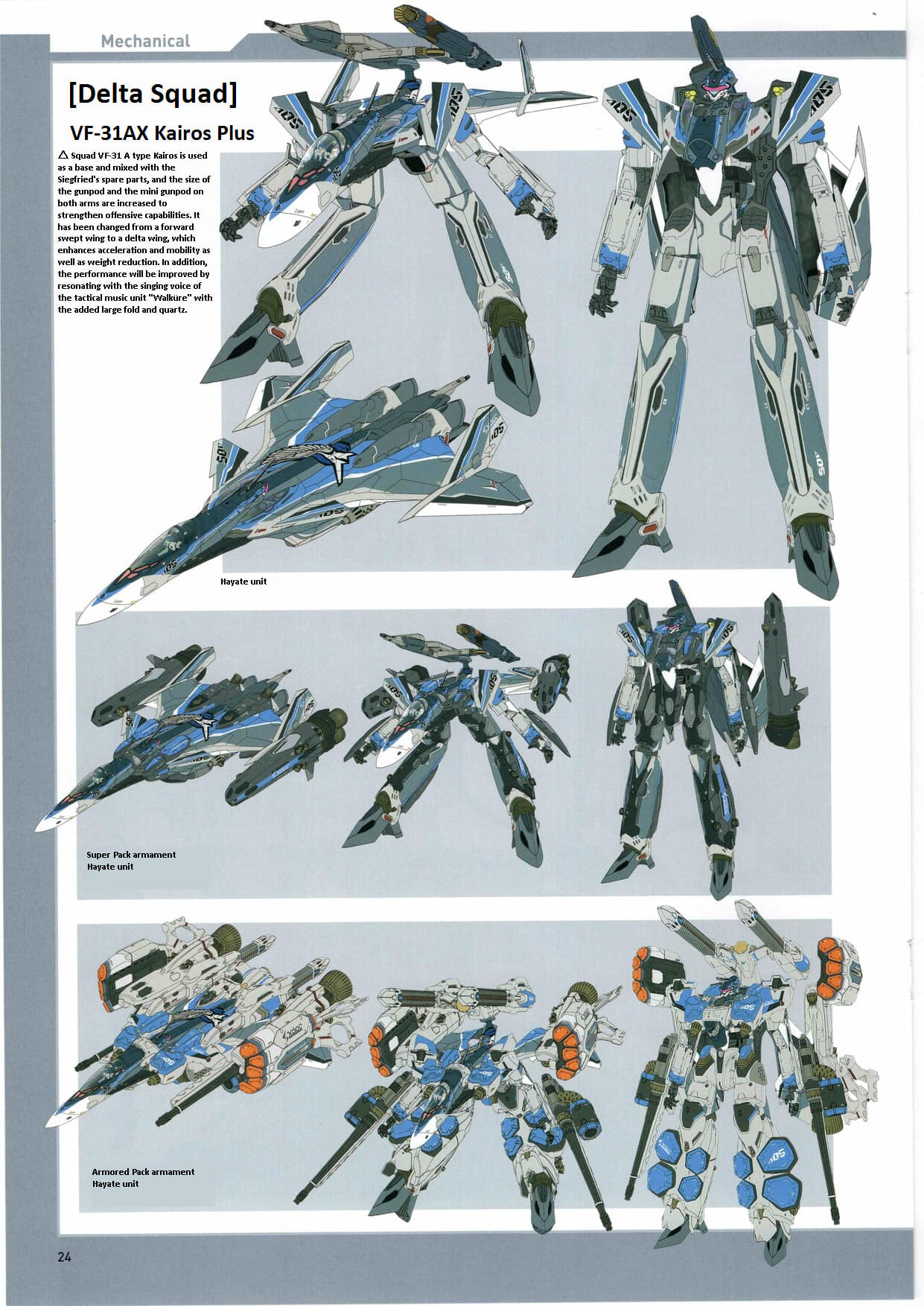 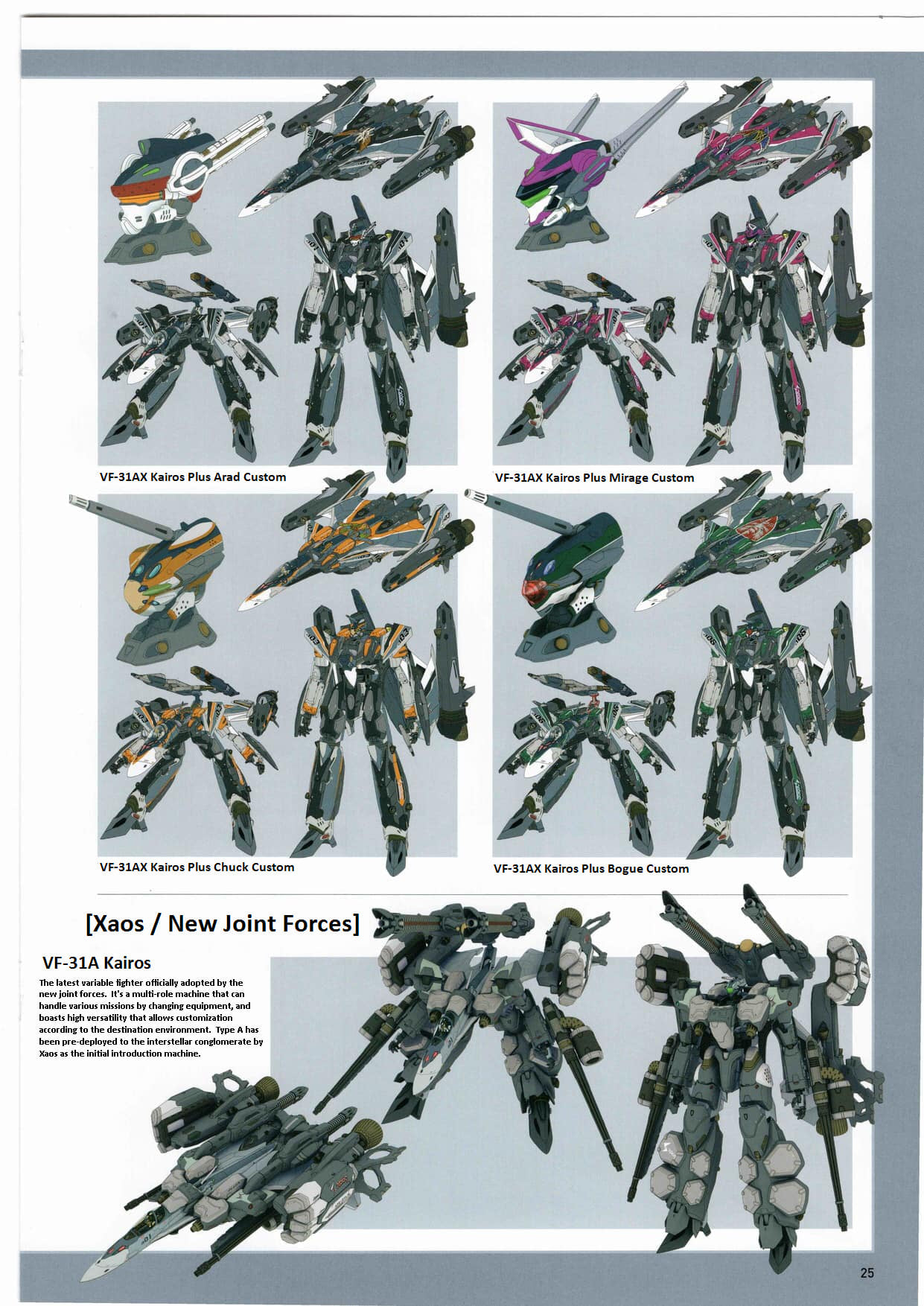 Technical details on the VF-31AX Kairos Plus, and the Xaos / New Join Forces setup. 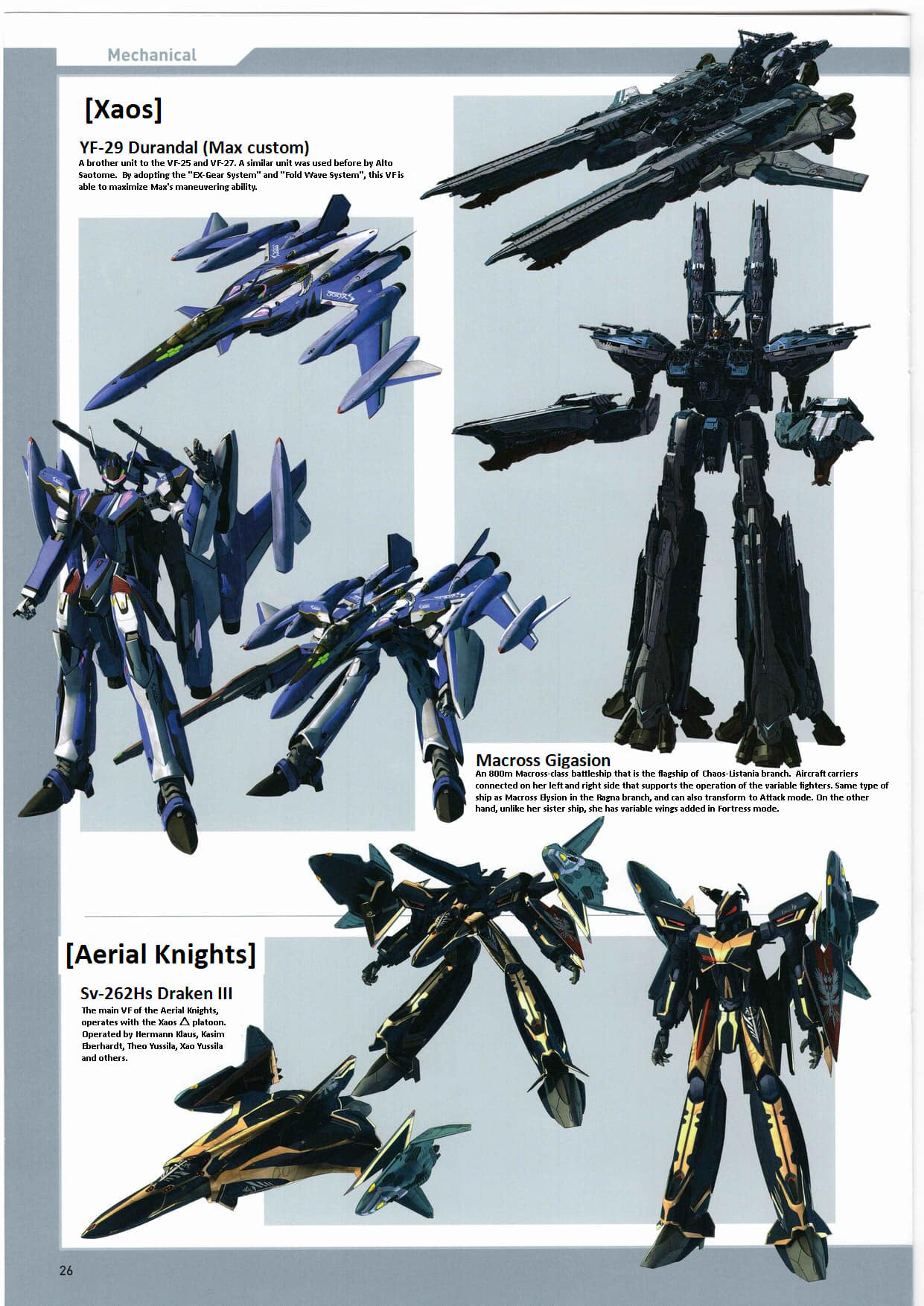 And now we know that Max not only gets a 800 meter Macross Gigasion to play with as Captain, but a YF-29 Durandal (Max Custom) to play with... But there is also mention by name of Alto Saotome in the description. EX-Gear System and Fold Wave System's are also mentioned. 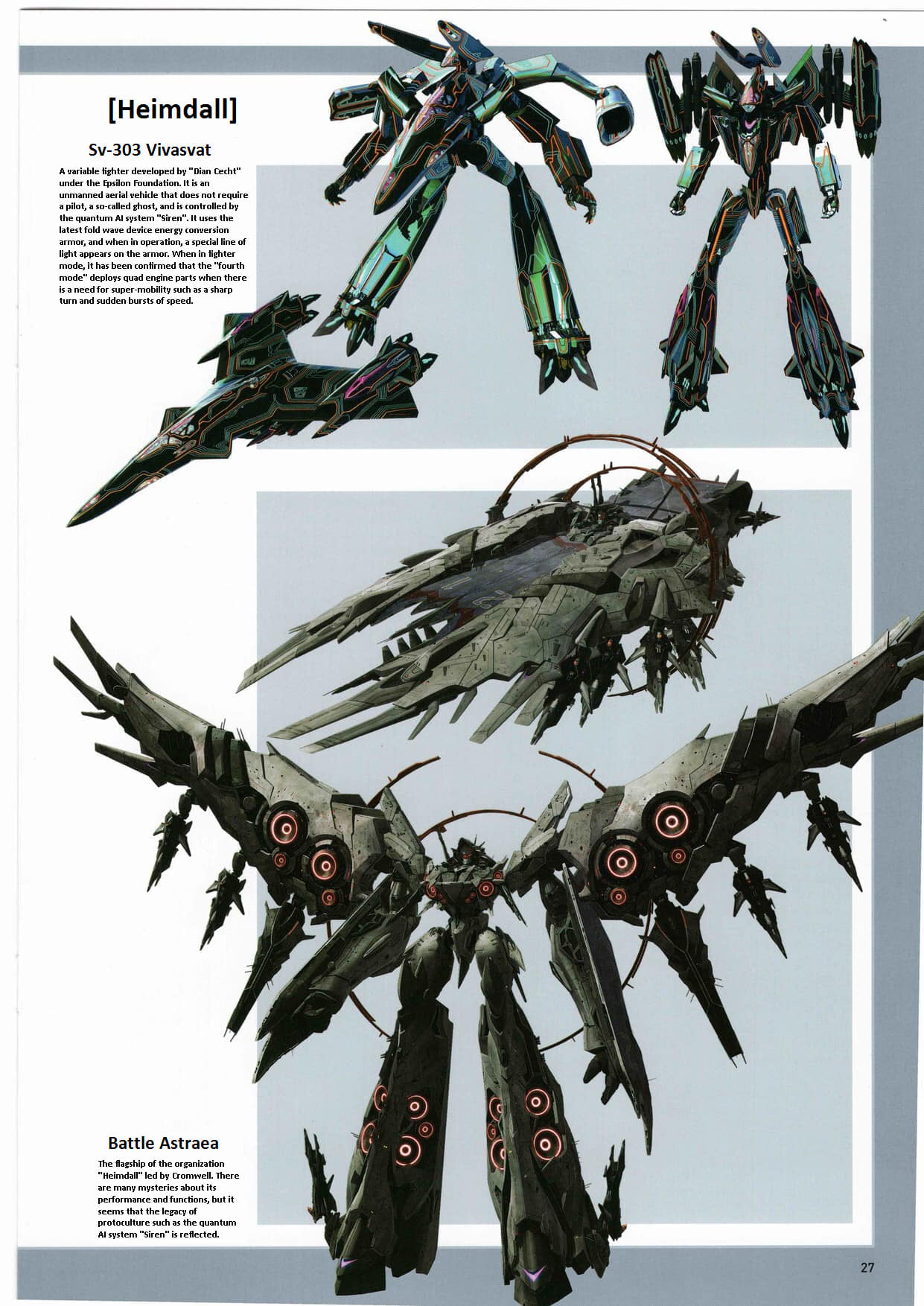 And big shocker #2: The Sv-202 Vivasvat is an unmanned arial vehicle, with a ghost... Using a Quantum AI System named "Siren"... Didn't humanity learn anything about the Sharon Apple Incident... (Don't answer that, we all know better now).
And #3: Battle Astraea - That's Macross 21!!! As in Macross Galaxy right? And it completely looks like an armored and sound force version of a full on Macross Battle Ship!


And that was a lot of fun finding all of that out tonight using a simple scan and Google Translate!
Top

Thank you for sharing this information.

Users browsing this forum: No registered users and 2 guests