View topic - *tap tap* Is this thing on?

*tap tap* Is this thing on?

*tap tap* Is this thing on?

I understand that the protocol in place is that one posts to the Joining Board if one is joining the game world, and I am. I just thought I'd get a few things out of the way first;

- Is there someone I can correspond with to sort out which character I start playing first?

- Is there a class going through Beginhill soon-ish, so I don't just sit around the Cantina hustling pool/looking cute/trying to interact with my fellow Cadets?

- My name may look familiar to some of you. I was involved in Macross role-playing in the late 90's and early 00's. I don't see this is as giving me a free pass through the campaign, and I certainly don't see it as need to bring back any of the innumerable characters I've played.

Welcome back. Which games did you play in?

I was playing before the large schism that occurred in the community about 1998. I had characters (and friends) on both sides of the divide, so I continued to play as long as games continued. I'm uncertain of exactly what is where, so I'll list the characters I played for the longest;

- [RANK UNKNOWN] Snowguard Havenstone - I think he was last seen in the Black Omens, but that was when they had strange mental powers (and he was a Null)

I had a whole lot more, some of whom escape me for the time being, including some NPCs when I filled in as a GM. As I said, these are in the past, and should probably stay there, although one or two have provided inspiration for current concepts.

Also, what is the current 'game year'? From the little I've read it's 2069-ish, which means that a character I play now could (theoretically) be the child of an old character (One concept I've got in the works). Also, how are you with recently-decanted micronized Zentradi clones? (Another concept).
Top

Howdy. I am Marc. I am relatively new, having only been here for a couple of years.

To answer the question that I actually have an answer for, the main game is set in 2050. This is the normal pilot and protector type. There is a side-game set in 2069. This one is not-too-bright mecha thieves and mercenaries.
Top

InfernosCaress wrote:
To answer the question that I actually have an answer for, the main game is set in 2050. This is the normal pilot and protector type.

This would almost certainly be the sort of campaign I'd be interested in. My leading concept at present is the freshly-cloned (and shrunk) Zentradi, Bartok Taruna. He is actually a re-working of one of my older player characters. The earlier year also makes it easier to explain the cloning. Would it be safe to assume that the primary game is attached to the Macross 15 Colonization fleet?

One of my primary concerns is that I attempt to be mindful (as a player) of character diversity. I don't want to end up playing a white (or Japanese) male if the game already has a metic (or Imperial) buttload of them. While the image I have slated to represent Bartok is a pretty and somewhat white guy, I'm using the Zentradi clone background to at least somewhat counteract that. If the primary game is set in 2050, would be sensible to have my character start out in the City 15 (if not actually be born there)? It does put on ice the 'Spawn of Snowguard' concept.
Top

It's actually a different New Macross fleet. The Macross-10.
Top

I do believe that Cobalt is the one to talk to about that game. You don't want to be a pilot stationed on the 15, anyway. It go BOOM!
Top

Okay then, colour me embarrassed. How would my above queries apply to the Mac-10, then?

I was sitting down to a late breakfast with my wife, concerned that a recent clone might not have enough (read:any) history, but she asked questions and I was able to answer them from his perspective.

Anyway, this is Bartok

The other concept I'm working on is a high school student from City-[Whichever] who has commenced training. She/ he is of Chinese descent. 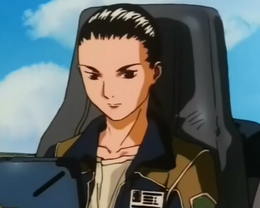 Needless to say, they're all young concepts, without much in the way of tragedy to build angst from.
Top

The Joining Board would be correct place to make your request. Provided that you can't see that one, as many of the boards are hidden by default, Cobalt pops in every couple of days and he'll see your request if you just leave here.


I have a recent clone in the other game. I had her first awaken from the cloning tube during an assault on the factory. She awoke early because the chamber was fire and clones were dying in their tubes. Being not quite finished baking in the head, she just took the invaders' word for it that they were her superiors and followed them out. And that is the short version of how she became a voluntary human trafficking victim.
Top

Thank you you for the encouragement. I'll post me work in progress there.
Top

I am not familiar with the units you played on (save the Black Omens) but I joined after the MRC/MRN split. At the moment, I do not have any openings in my Macross game. You may want to contact Sabre and see if he has openings.

The 2069 game has nothing but openings if you decide that you want to try that one.
Top

I'd be willing to take you on as a new or returning player. You'd need a new character though.
When creating a character, the focus isn't on the stats or mechanics, more of the description and background. Review a few of the recent characters on the joining board and you'll get the idea.
Top
Post a reply
13 posts • Page 1 of 1